The One Thing My Bad Boys Don't Do

I've just finished the last edits for All Screwed Up, so on Tuesday, you'll be meeting Rex again. If you read Helpless, you'll remember he is the super hot money launderer for Belial's Disciples MC.

As my books go, All Screwed Up is on the lighter side of dark. 2018 has been a bit of a challenge, and so I avoided another Rip who thinks flaying a nice, light afternoon's entertainment or a Rune who will raze an entire town and laugh as it burns.

I wanted a softer hero and so we have Rex who enjoys a bit of arson, beats the crap out of his enemies, and who has no problem with the occasional murder.

Hopefully, you're thinking, "I need to read that." Or perhaps, "The woman has problems."

Either way, I love my heroes, flaws and all, but there's no doubt that some of them are a bit wild. So, I was thinking, is there anything that they won't do? And there is a surprising answer to that.

When we meet Kyle in The Bonus, my first book, he's just back from an impromptu crucifixion and enjoying a cold beer while watching his mates string up a girl.  He's an enforcer for the Zeta cartel and there is nothing he won't do. However, Kyle takes in Raoul, a cat who is orphaned after Kyle kills his owner.

In the book that follows, Songbird, Arturo is disposing of his mistress by shark (a move the editor pronounced "neat, tidy and nicely ecological"). But when Raoul comes to visit and trashes his home, the cartel leader does not ice the cat, but rather spends an hour picking glass shards out of the rug.

In Fletcher, Ware adores his horse, Wolf. In All Screwed Up, Rex has a field full of rescue donkeys, and in the Beast and the Sibyl, Siv is firm friends with Saga the wolf and wildcats Bygul and Trigul.

It's not exactly a motif in my books, some stories don't feature any animals, but it is a constant: my bad boys never ever hurt an animal.

In fact, you will never see an animal die in one of my books. So you can read on, through the murder and mayhem, secure in the knowledge that the Happily Ever After includes all cats, dogs, horses and other feathers, furries and fins.

Now, if you're quick, you can still get All Screwed Up at the bargain price of $2.99. Get it now, before the price goes up on Tuesday! 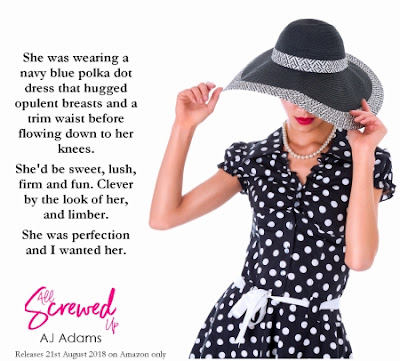 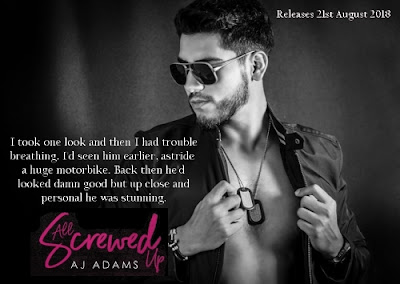 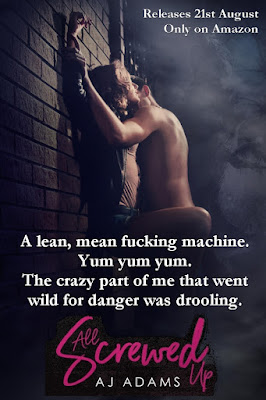 Buy All Screwed Up